Our project on dinosaurs began through the previous project on our bodies.

The children had been particularly interested in bones when working on their human body project. They really liked creating images as well as constructing bones from salt dough. This led to an exploration of “bones” and a fossil kit was introduced to the children which allowed them to excavate bones from plaster. The children were curious about the kind of bones they found and so the journey of investigating dinosaurs began. 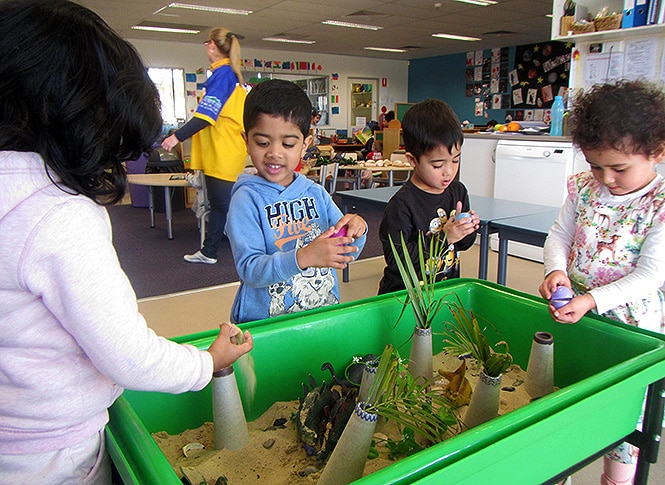 “The children were keen to represent what they already knew about dinosaurs through art.”

Many of the children were able to name the dinosaurs that they knew as they drew them. The children were also able to recognise them by their characteristics when they were creating Dinosaur Land in the trough with dinosaur figurines. 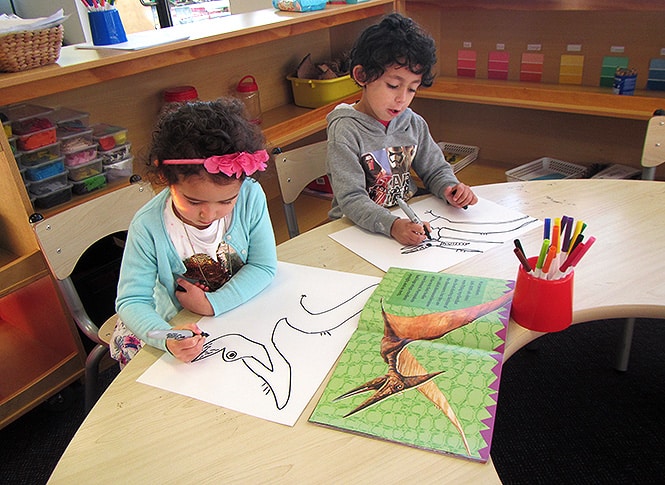 “We added many books about dinosaurs to increase discussion and learning.”

The children used books as a springboard for further discussions with their peers about their favourite dinosaurs, with many of these discussions leading to more questions. The iPad was used for further investigation as well as the children bringing in more books from home to share with their peers. One child’s book spoke about how the land masses were arranged on the Earth during the different periods when the dinosaurs roamed the Earth. 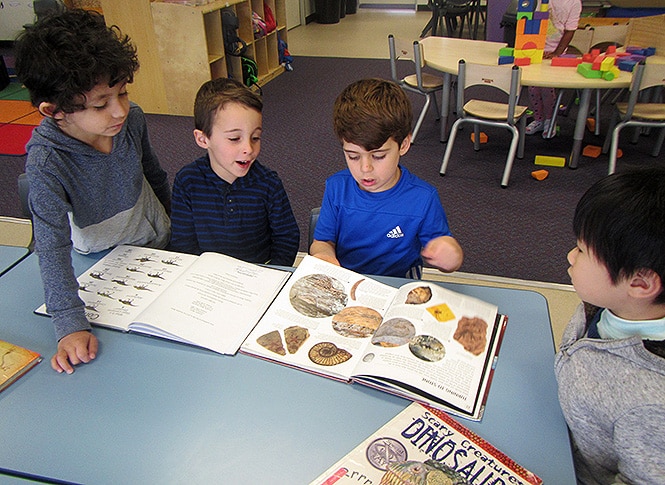 “Together, we investigated what the Earth was like during the Triassic, Jurassic and Cretaceous Periods and which dinosaurs were present during each period.”

When the children recognised that some of the dinosaurs had similar features, but different names, group time discussion transformed into the learning of human evolution. The children explored evolution of humans during one group time after the children were already able to suggest that “gorillas have ears just like ours”. The book about Grandy the Gorilla was used to identify other features the children have in common with gorillas. 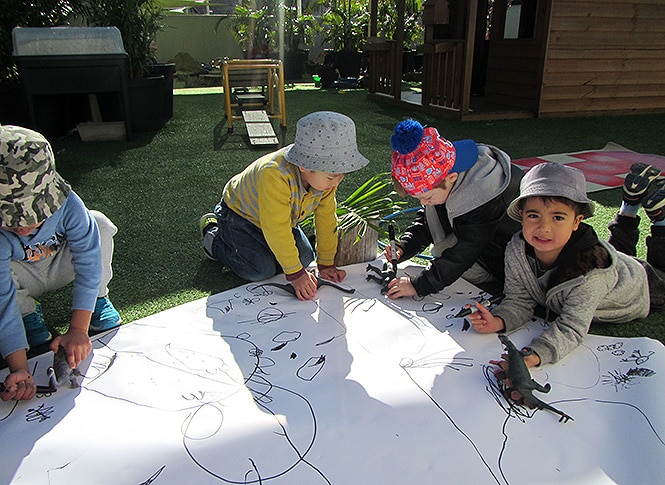 “This was great evidence the children were able to take onboard what they had learned about dinosaurs.”

To demonstrate the children’s learning about the dinosaurs, each child was able make their own timeline to highlight how long ago the dinosaurs were alive as well as to show the period in which they lived. Since the timeline creation, the children have been able to demonstrate their new knowledge through play, recently, as they went on a dinosaur hunt. The children were telling their peers that they were going to the Triassic, Jurassic and Cretaceous periods and suggested which dinosaurs they would find. 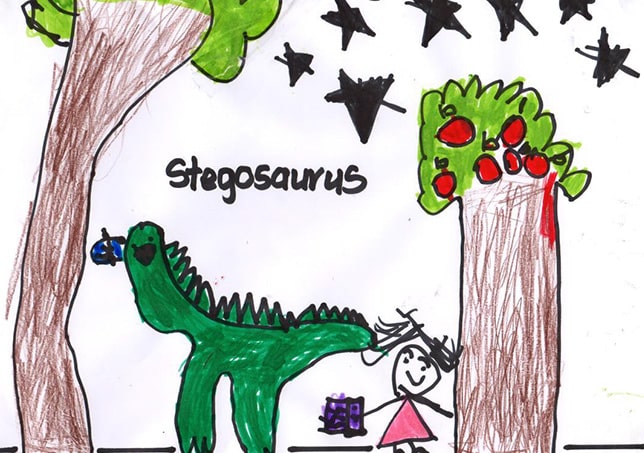 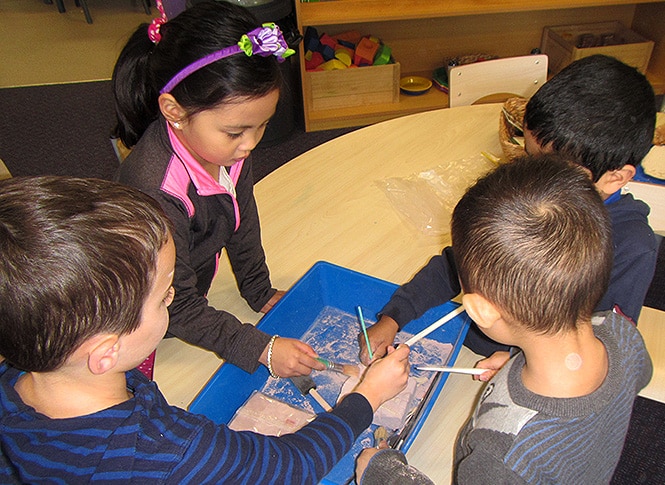 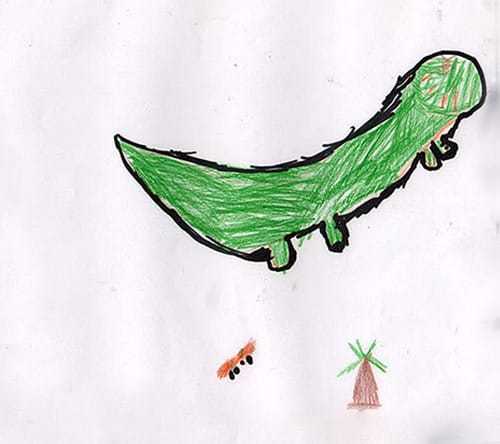 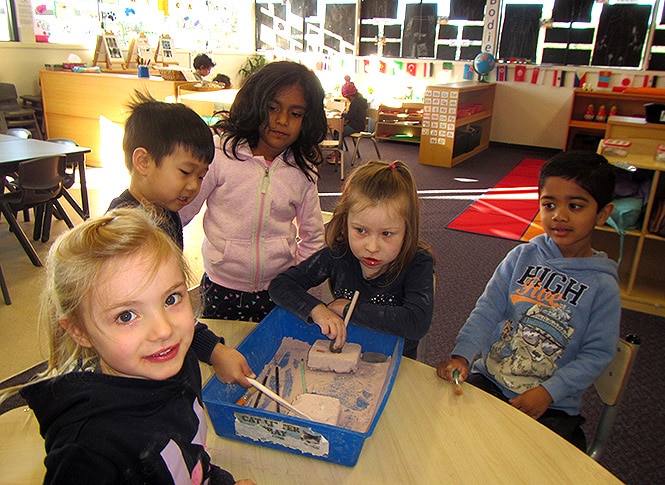