The children at Kindalin Cherrybrook Shops found the story of 'The Gruffalo' by Julia Donaldson on the bookshelf... 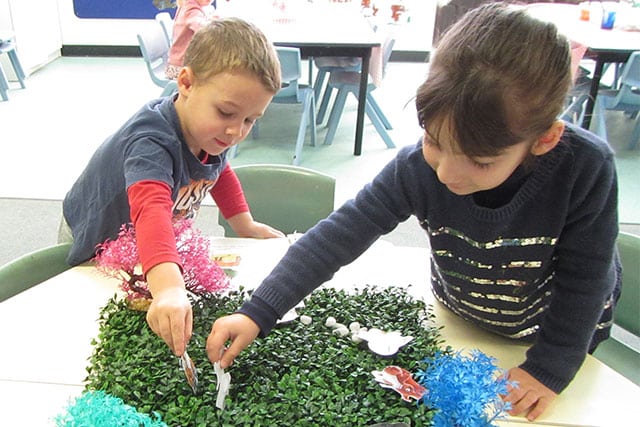 A discussion of this familiar book caused a lot of excitement amongst the children.

The children found the story of ‘The Gruffalo’ by Julia Donaldson on the bookshelf. A lively discussion ensued as many of the children had this book at home. Some children also had the 'Gruffalo Child' - the next book in the series. Everyone had ideas and favourite moments they wanted to discuss and share with the group. 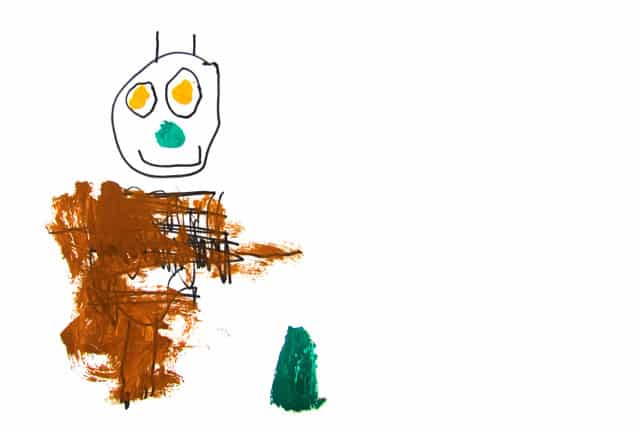 "Pin the tail on the Gruffalo!"

Extension experiences included adding to our felt board a big Gruffalo which we used to play the game 'Pin the tail on the Gruffalo!'. 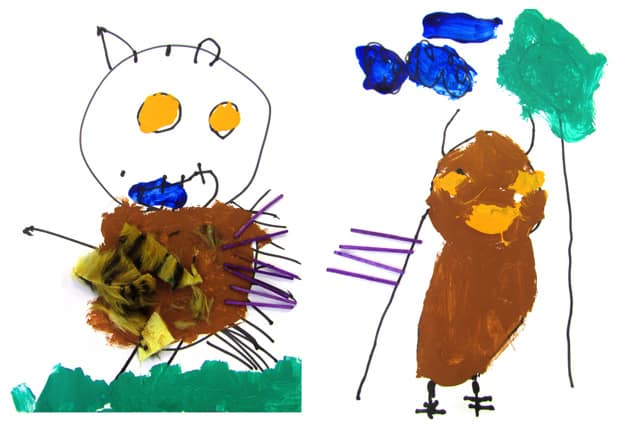 Then they added purple match sticks for his 'Prickles upon his back'.

The Gruffalo scene was recreated in construction corner. We used artificial grass as the 'deep dark woods' and trees from our aquarium display, with rocks and laminated characters. The children walked the characters through scene and spoke for the characters as they said their lines of the story.

At the art table we used black markers to first draw the characters of the book, the Gruffalo was a particular favourite character. The children added different coloured poster paints but made sure they corresponded with the correct colours of the story especially for his orange eyes and black tongue. Then they added purple match sticks for his 'Prickles upon his back'.

The children practised their cutting skills and learnt safety scissor rules, such as the right way to hold scissors when we are walking from the art table and how to pass the scissors to our friends and to move the paper not the scissors when cutting.

They cut out the Gruffalo eyes and decorated the paper with collage to create a mask. The children chose different characters from the book so that they can act out the story with their peers in the playground.

Some children decided to use different masks and material to create their own Gruffalo costumes where they role played the story.

The children were able to create their own dialogue in their role play with friends, retelling as well as creating their own interpretation of the story.

From their in-depth investigation into the story, the children became familiar with different aspects of a story including:

They practised their listening skills as they participated in group conversations. The children were able to create their own dialogue in their role play with friends, retelling as well as creating their own interpretation of the story.